Skip to content
Our Prophet
Despite it has made known that the night of Majesty is better than a thousand months, any sort of worships (Ibaadaat) done by Muslims this single night is better than worships did equivalent to eihty-three year’s and Allah Subhanahu Watahala had show the Prophet the exact night in a Wahyy.

Coming out to give the companion the good news and share the happy vibes, he was distracted with two people fighting each other and ALLAH made him forgot the date after he settled the disputes.

The prophet then urge the Sahabah and the Muslims of the world to seek for the particular night in the last ten days especially in the odd once starting from 21, 23, 25, 27, and 29th night.

Sahih Bukhari reported that the Prophet ṣallallāhu ‘alayhi wa sallam (peace and blessings of Allāh be upon him) said:

Over the years, Muslims had been face with searching for this single night without the knowledge of which night it will be but the prophet had left us with signs to look out for every night of the odds, any one that meet the criteria left by the prophet SAW ﻿Hadiths Authentic Signs of Laylatul-Qadr we should be considered as the blessed night. 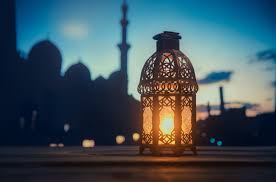 In Sahih Muslim, Abu Hurairah (may Allah be pleased with him) said:

“We were talking about Laylatul-Qadr in the presence of the Messenger of Allah (ﷺ) and he said: He who amongst you remembers (the night) when the moon arose and it was like a piece of a plate?”

The Night became peaceful and pleasant really as it was revealed in the Q:97 V6

“Peace rigns until the morning”

Peaceful night – not gonna be cool and peace why because the angel are falling down to the Earth with permission of their Lord to blessed who ever stand or woke up to pray to their Lord.

In Sahih Al-Jami’, the Prophet ṣallallāhu ‘alayhi wa sallam (peace and blessings of Allāh be upon him) said:

“The night of Qadr is a calm, serene and peaceful night. It is not hot nor is it cold…”

Possibility of Rain – there are narrations where Prophet Muhammad (peace be upon him) where he did mention that he dreamed about Laylatul-Qadr and in that dream he had prostrated and when he came up, his face was wet with rain water and mud. (Al-Bukhari, 813)

The Sunrise  set of he following morning will be normal, the sun will not be hot and the weather will be okay for anybody work and it will be easily looked straight without any affection or reaction on the sight

Allah just wants it that way. He wanted the sun to come up in a very special way after a special night.

Because the amount of angels filling the sky, they’re actually blocking the sunbeams. Allah Ahlam

So brothers and sisters, ALLAH had show us much love by bringing to us this night of decree, devotion, forgiveness, mercy and blessings. So let’s try hard as much as possible in fact excess devotional practice in these last 10 nights and don’t cease worship even if we’ve witnessed the night before the end of 30th night as it will be additional reward  for us.

I pray ALLAH accept us and the little we are doing and accept our Ibaadaat. Aameeen.