Just like yesterday in no time searching for the moon afterwords fasting exercise started for the past twenty days, but we have now entered the climax in the spiritual season of the blessed month of Ramadan. I am referring to the last ten days of this glorious month; days in which the night of Majesty would occur; a night which is better than a thousand months spent in worshipping the Almighty.

Laylat al-Qadr is a special night mentioned in the Qur’an, with a whole chapter devoted to it. The name means, “The Night of: Power, Destiny, Decree, Predestination, Fate, Majesty, Honour, Glory, Value.” It is the greatest night of the Islamic year. 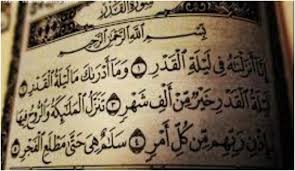 It was revealed in the Qur’an chapter 97

Truly, We have sent it down in the Nights, a night of Majesty.

And what will tell you what is the Night of Majesty?

The Night of Majesty is better than a thousand months!

The angels and the Spirit descend in it, by the permission of their Lord, along with every command.

The Night of Majesty is thus a night of intense spirituality and peace:

The Prophet Muhammad, peace be upon him, Says;

Whoever stands in prayer during The Night of Majesty, motivated by faith and seeking reward from God, their past and future sins will be forgiven.” [Bukhari & Muslim have “past sins”; other authentic hadiths add “and future sins.

The Prophet, peace be upon him, once spent the entire month of Ramadan in I’tikaf (retreat or seclusion in the mosque) in order to find this night.

Ibn Hazm argued that the last 10 ten nights depend on whether Ramadan has 29 or 30 days, something not usually known in advance: if Ramadan has 29 days, then the odd nights of the last 10 are the 20th, 22nd, 24th, 26th and 28th, so one should seek for it throughout the last ten nights, not just the odd ones.

The commentators further disagree as to whether this special night is on a fixed date every year, or whether it changes from year to year.

The most popular traditional date for the night is the 27th – it is said that the Qur’an indicates this because the 27th word in the above surah is hiya (“It”), referring to the night itself.

Other views are that it occurs on the first or last night of Ramadan, or the 17th or 19th.  Some authorities (eg Ibn Mas’ud) insisted that it may fall on any night of the year. [Rf. Tafsir Ibn Kathir for all these views]

What does it mean to say that it is “better than a thousand months!”?  Traditional commentators often point that, taken literally, this equates to 83 years 4 months, a longer-than-average human lifetime.  Thus, this night’s worship is better than a lifetime of devotion.

Other commentators, say that the phrase “a thousand months” is metaphorical; it is a bit like saying in English, “It is better than a million years!”

Imam Qurtubi says that it means “better than all of time” (khayrun min al-dahri kullihi).

In other words, it is “better than forever” or “better than eternity” – the Night of Majesty is a search for eternity, for timelessness, for the connection with God that transcends all space and time.

No wonder, then, that this precious night is associated with the angels, with the Cosmic Spirit that permeates all of creation and with the outer and inner peace that we all crave and seek.

…we send the Angels [Malak as an angel] but here ALLAH mentioned Angels as many as possible [number not specific] and [Arruh] a particular one of them called Ruh [Angel Jibril] being part of the team with the permission from the Lord Almighty.

Aisha, the Prophet’s honoured wife, asked him what prayer to say on this night.  He taught her the following words, that have been repeated billions of times by Muslims of the world, all of whom who learnt it via the Prophet’s wife:

“Dear God, truly: You are the  Forgiver; You love Forgiveness: so please Forgive me!”

The prophet Peace be upon him Says; He who recite the Dua and be fortunate to witness the Majesty night will have his / her sings forgives by Almighty Allah and there after HIS blessings rigns on him [Sadaqa Rasul]